Heat exchanger is a device typically used to transfer “exchange” heat from one state to another or between two or more fluids. When fluid is used to transfer a heat, it could be a liquid, such as water or oil, or could be moving air

Heat exchangers are only used for heating applications, such as space heaters, but also using in cooling application such as refrigerators and air conditioner.

The fluid may be separated by a soild wall to prevent mixing or they may be in direct contact. 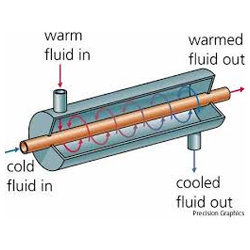 Swimming pool heat exchanger use a hot water from boiler or solar heated water circuit to heat the pool water.

“Car Radiator” is a well known type of heat exchanger. In radiator, a solution of water, the ethylene glycol, also known as antifreeze is to transfer a heat from the engine to the radiator and then from the radiator to the ambient air flow through it, this process helps to keep a car engine from over heating.

THE BASIC DATA TO DESIGN A HEAT EXCHANGER:

HEAT EXTRACTOR -> In our home extractor fan is used in kitchen or in bathroom is designed to suck hot, moist air from home and dump it outside. Heat extractor it take one fluid (hot air in your home) mixes it with another one (cold air in outside).

HEAT EXCHANGER->Heat exchanger is a device typically used to transfer “exchange” heat from one fluid to another fluid.

HVAC System for a heat exchanger: 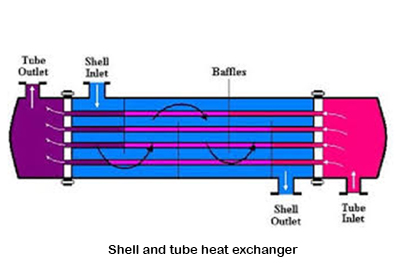 A set of tubes is called the tube bundle and can be several types they are longitudinally, plain and finned etc. while designing a shell and tube heat exchanger there are several type thermal design features may be consider. Each tubes in shell and tube heat exchanger are connected to plenums (sometime called water boxes) through holes in tube sheets. The tube may be bent in shape U called U-bundle or straight tubes.

Plate heat exchanger consist of thin stainless steel plates are joined together with small space between the plates joined together are typically maintained by the small rubber gasket and brazing.

In HVAC applications, large heat exchangers of this type are used called plate and frame. Several types are bonded with plate heat exchanger they are 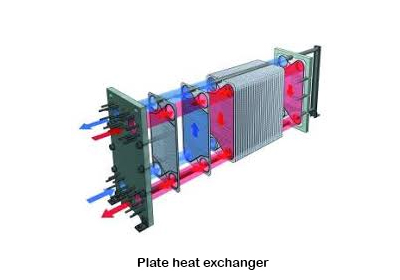 Inlet and Outlet of the plate pack the liquid flow carried by the nozzle. The outer shell of the fully welded plate pack which creates the second flow path (the “shell side”). Plate and shell technology offers high heat transfer, high pressure, high operating temperature. In particular, it closes completely without gaskets, which provides security against leakage at high pressure and temperature.

The fourth type of heat exchanger is adiabatic wheel exchanger which uses intermediate (in between) fluid or solid state to hold heat which is then moved to the outer side of the heat exchanger to be released.

Adiabatic wheel has two examples consists of large wheel with fine threads rotating through the hot and cold fluids and fluid heat exchanger. 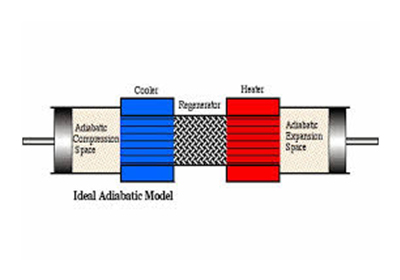 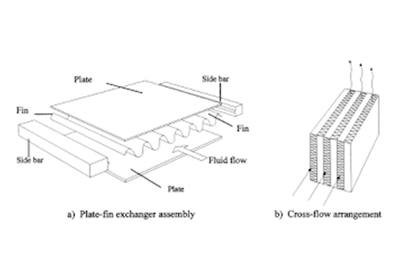 This type of heat exchanger flow of fluid through between the upper and lower layer of the plate containing fins to increasethe effectiveness of the unit.

The design of plate fin heat exchanger include both crossflow, counter flow coupled with various fins. Configuration suck as straight fins, offset finsand wavy fins. Plate fin heat exchanger has a high heat transfer efficiency because it usually made up of aluminium alloys. This enables the system to operate at a low temperature difference and reduce height of the equipment.

The transport industries, motors and aircraft engine use a plate and fin heat exchanger because it mostly used low temperature services such as natural gas helium and oxygen liquefaction plants.

TRUSTED BY INDUSTRY AROUND THE GLOBE

TRUSTED BY INDUSTRY AROUND THE GLOBE Manufacturing the highest quality Heat Exchanger, Industrial Silencers and Cooling towers possible along with excellent after sales customer support in India.